During the launch, the Minister for Inclusion, Voluntary Organisations and Consumer Rights, Julia Farrugia Portelli, said that economic operators offering a quality sales service stand out through such initiatives. “Consumers’ appreciation towards good service sellers drives businesses to further improve the quality of their service, enhances their reputation and stimulates growth,” said Minister  Farrugia Portelli. She closed her speech by thanking the Consumer Authority for their work to further strengthen the relationship between consumers and retailers and called on consumers to participate enthusiastically in this competition and thus thank those sellers who give them a service with a smile. 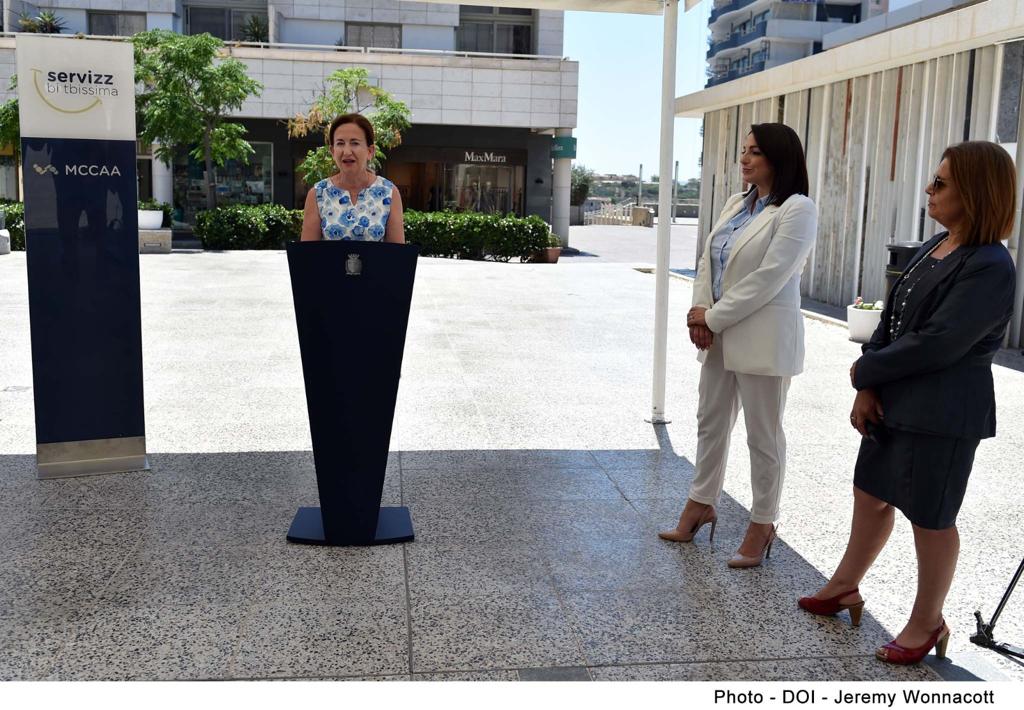 The MCCAA Chairperson Helga Pizzuto said that the Service with a Smile Award recognises the importance of the relationship between buyers and sellers because when there is a good relationship, the problems that arise are resolved quicker. Inġ. Pizzuto spoke about the role of the Office for Consumer Affairs within the MCCAA in providing continued support to local consumers. Last year this Office received over 9,000 requests for information and directly intervened in over 1,000 complaints through the conciliation process. This Office also provides assistance to local sellers when they receive complaints from consumers and they require guidance on their legal obligations.

The Servizz bi Tbissima competition rewards businesses and sellers who do their utmost to provide the best service to consumers. This recognition is directly given by consumers as they are the ones who are eligible to vote in this competition. There are five main categories in which consumers can vote. These are: fashion and beauty, supermarkets and mini-markets, electronics and household goods, local online sellers, and travel and transport services.

Consumers participating in this competition will be able to win one of the four prizes of €100 per week.

The Servizz bi Tbissima competition is linked to a code of conduct and therefore companies with the most votes in each category are checked by the Authority in order to determine whether they adhere to the listed criteria of conduct and will eventually be confirmed as winners.

The winners of these five categories will be announced during an award ceremony and will each receive a trophy and a certificate. The winners will also have the possibility to use the Servizz bi Tbissima logo in their retail outlets and on their promotional material.