The Market Surveillance Directorate within the Technical Regulations Division of the MCCAA has tested a number of extension cables and reels. Results have shown that the extension cable, branded as British Design BS (see photos attached), poses a high risk to users.

The MCCAA would like to inform the public that this product is being recalled from the market.

The British Design BS extension cable was found to be non-compliant with respect to standard requirements for these product types. The extension cable comes with a four in-line socket outlets and a two-metre cord. The cord was found to be thinner than required, which might result in overheating of the cable/cord and subsequently degradation of the cable/cord insulation. This would increase the possibility of the deformation of the socket outlet, possibly exposing live wires; thus, resulting in a fire hazard. Such scenarios are serious and could be life-threatening.

Consumers who have bought this product should refrain from using it and return it to the retailer from where they bought it. Retailers are obliged to redress consumers returning these products according to law.

The above referenced testing has been carried out as part of a joint action among seven Member States, which is financed by EU funds.

For any queries or further information, one may contact the MCCAA on marketsurveillance@mccaa.org.mt. 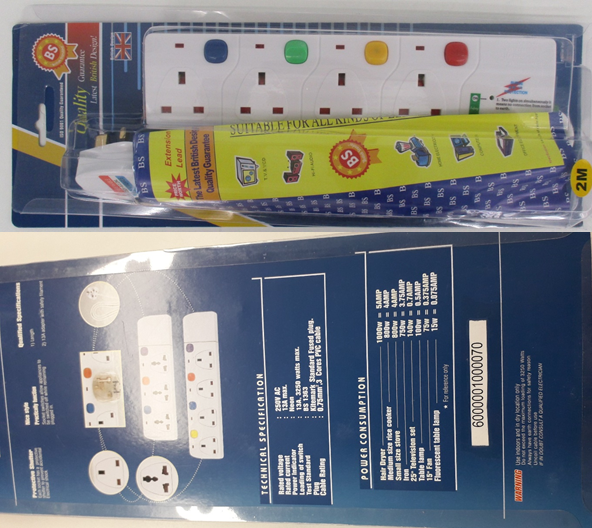