Withdrawal of an unsafe toy from the local market

A project undertaken by the Market Surveillance Directorate within the Technical Regulations Division of the MCCAA, has elevated and tested seventeen electrical toys for their safety in accordance with standard EN62115. They were also tested for Directive 2011/65/EU on the restriction of the use of certain hazardous substances (Lead and Cadmium) in electrical and electronic equipment (ROHS). These included button cell battery toys, laser toys, and ride-on toys among others. These tests were carried out in an accredited laboratory.

From the tests undertaken, it resulted that one out of seventeen samples collected, was found to contain button cell batteries which are accessible to children without the aid of a tool. This goes counter to the safety requirement as established in EN62115. In addition, the material used in this same toy was found to contain excessive amounts of Lead and Cadmium, as per the ROHS Directive. This has led the Directorate to take the necessary precautions to ensure the withdrawal of such product from the local market. The details of the non-compliant toy can be found below: 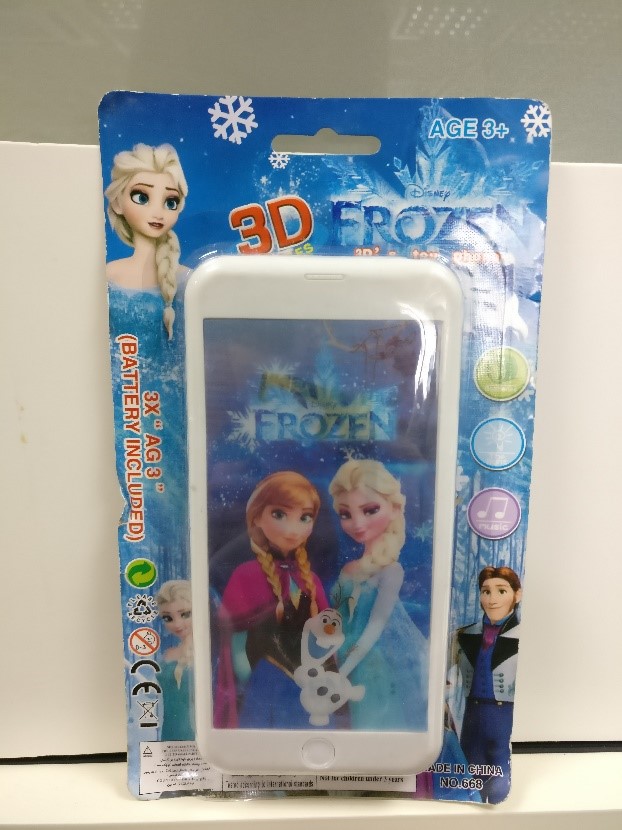 Consumers who have in their possession the above-mentioned toy should immediately refrain from using it and return such toy to the outlet from where it was purchased. Customers are advised to check that the batteries of toys intended for children under 3 years of age, are not removable without the aid of a tool unless the security of the battery compartment cover is adequate. Any non-compliances found should be reported to this authority.

Should you have any queries or for further information, please do not hesitate to contact the MCCAA on 2395 2000; by email msd.mccaa@mccaa.org.mt or on the MCCAA’s Facebook page.

This initiative was part of Prosafe Joint Action ‘Electrical Toys’. The aim of such initiatives is to enhance the cooperation between the Market Surveillance Authorities of the participating Member States.